Skip to main content
January 21, 2017
Happy New Year everyone!  My daughter asked me the other day if I had put the pig pictures up on the blog yet, and I realized that I hadn't.  Then I realized just how long it had been since I had updated the blog.... maybe one of my New Year's resolutions should be to have a blogging schedule.  :)

So, when I went to Graham's and picked up our last pigs that got processed, there was a little roadside shop that was advertising MI potatoes for sale - $8 for 50#.  I could not pass that up, so I stopped and bought a bag. They potatoes have been great, and even entertaining.  Here are a couple potatoes that I found with very distinct shapes... 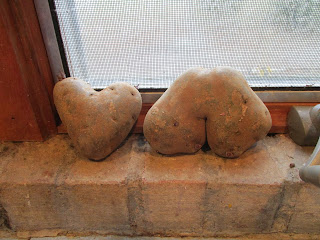 The shapely potatoes.  What do you see?

Farrowing season has come and gone already... we had 5 girls that farrowed. Some did better than others. They all farrowed within a couple weeks of each other. Here is Charlotte, our new girl with her litter. 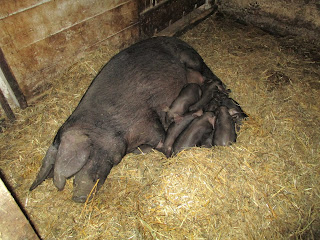 She's a first time mama and ended up having 11 babies. That was an interesting morning. I went out to feed the chickens and decided to look in on the pigs.  Normally Wyatt feeds the chickens, but he was spending the night at Grandma's, so I was filling in. When I went in the barn, I was surprised to see two baby pigs in a stall with the 5 mamas. The mamas had not been separated into their own stalls yet for farrowing, so there were 5 girls sharing quarters. The babies were wandering around and no mama was getting up to feed them or keep them warm. So, I went in the stall with them, picked one up and tried to get it to make some noise. Normally this would make it's mama get up and take notice. No such luck. I finally determined which mama these babies belonged to, and got her up from her nap (she was happily cozied between two other sows). I ended up finding not two, but four babies in there. I got the mama, Charlotte, out of the stall and into her own. Norah helped me move the babies into the stall with her. I tried to get Charlotte and babies settled in the new stall, but Charlotte was pretty restless.  I surmised that she was not done farrowing yet, so I decided to leave her be and let her settle down for a few minutes.  I came back and she had not yet settled down, so I started rubbing her belly. She finally relaxed and let the babies nurse. Whew. Then, after about a half hour, she delivered another piglet. It appeared that the piglet was delivered with the placenta, so I thought to myself, "well, that was efficient of her." After a while longer Charlotte was maneuvering to her other side when she delivered yet another piglet, also appearing to be wrapped in placenta. Thinking she was done, and all was well, the kids and I headed into town to visit some friends. Fast forward to early evening when we return home. I went out to the barn to check on Charlotte and her brood, and now there are 11 babies!  She wasn't done after all.  Charlotte is doing fantastic, and 9 of the babies survived. I am still surprised that that many lived - she must have been in labor for hours. 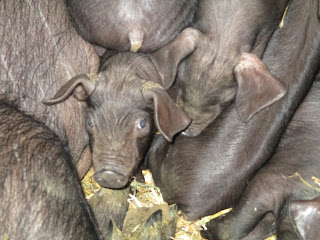 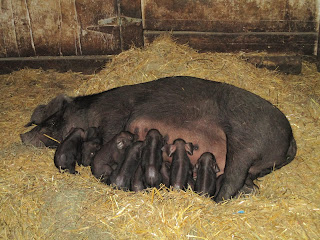 The rest of our litters have not been as large or as successful as Charlotte's. There are a couple other mamas who are doing okay, though, so we are thankful for that. 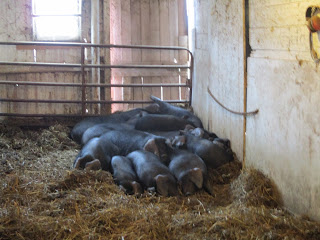 Here are the feeder pigs in their pig pile taking a nap.

While we have lots of new babies on the farm, we have several older ones that are getting ready to leave the farm. We have a group scheduled to go at the end of Feburary, so, if you are looking for some great pork, please contact us to reserve your half or whole hog. We have 5 scheduled for butcher at Graham's Organics on Feb. 28th.

I couldn't help including these random cat photos. The first picture is of our cat visitor, whom we call Mr. Orange. He hasn't let anyone pet him yet. He hides up in the ceiling and usually waits until we leave the barn to come down and eat. 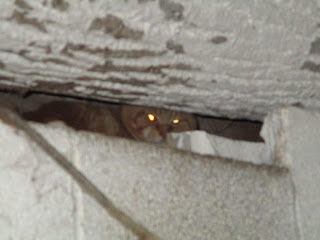 These cats are Cutie and Liberty, waiting for someone to come out and feed them. I caught Liberty in mid-yawn and thought it was a funny photo. 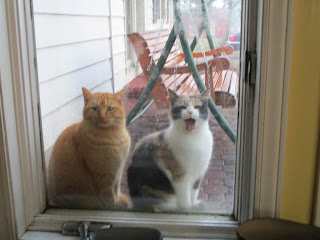 Some dear friends of ours have been home visiting from Mexico, and we took a trip to the Grand Rapids Musuem with them this past week. The special exhibit right now is Whales, and they had a whale heart that you could actually go inside.

Isn't it amazing that humans could fit inside a whale heart? 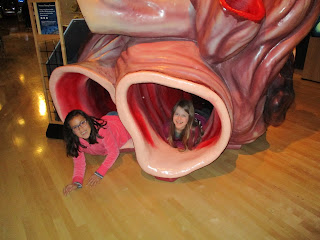 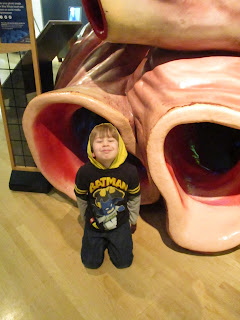 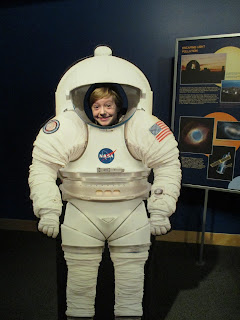 On the way home we ate at Chick-Fil-A.  A first for all of us. This one had only been open a week, so it was really busy, but we all enjoyed it.

We are working on getting our year organized and will have chicken ordering information out soon.  We still have pork by the piece available as well as fresh eggs and straw.