Since it's been a while, this is going to be a catching-up post.

Can you believe the warm weather?  I've been enjoying it, that's for sure. I hear there's snow coming this weekend, but we won't talk about that.  Last year at this time, however, I believe there was white stuff flying in the air.  I'll take the warm this year.

I have been using this warm weather blessing to work on some more barn cleaning.  And, I have been pleasantly surprised by some things growing outside as well!  For instance, we are still picking broccoli! 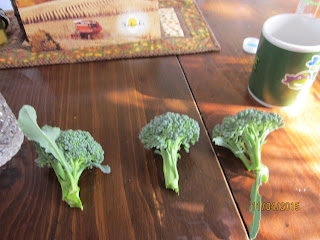 And, my dill reseeded itself and is already growing.... 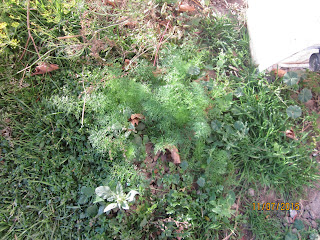 Kevin is getting ready to build pig stalls in the barn.  All the stanchions on one side have been removed. 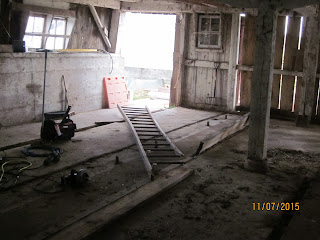 I've been rearranging a bit as well. The cats have a new cozy spot in the barn, and the kids still love them to pieces. 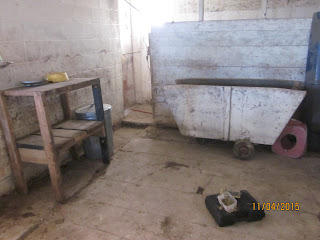 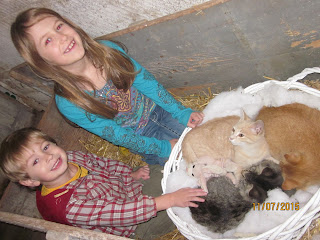 We've also been working on new pasture areas and moving pigs around.  We have another sow due fairly soon, so we have had to do some shuffling around of pigs.  Thankfully, the weather has been nice enough to put up some new fence and move the pigs around.  Daisy's litter is now weaned, and Pepper's two little ones are growing cuter every day. On these windy days, they tend to stay nestled deep into their straw bed. 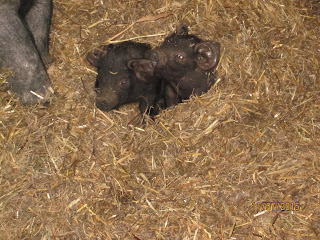 Daisy's litter just got moved out to their new pasture last night. They were scared of going in their new barn, but I coaxed them in with watermelon.  Pigs love watermelon.  There are now two less of these guys, though - a couple just getting started with Large Blacks purchased a couple of them to raise. 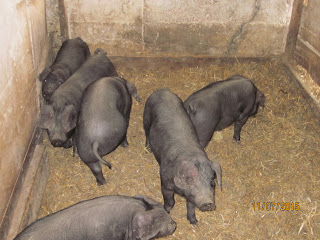 I know it was a few weeks ago, but I wanted to share our Halloween pictures with you.  We all dressed up.  See if you can guess what we dressed up as. 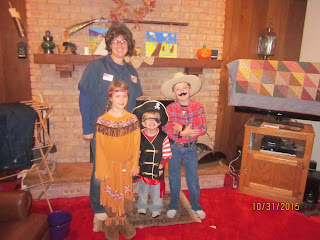 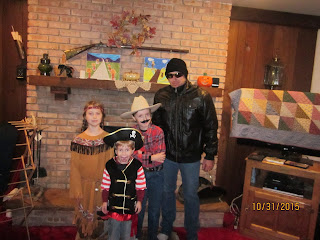 I've been slowly getting the stairway painted.... the majority of it is done.  Now it's just down to the tedious painting of the trim.... maybe next time I post I will have it all done.  :) 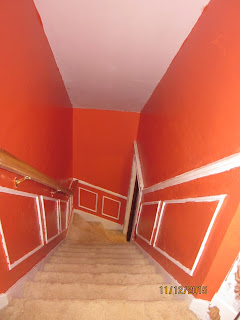 May you and your families enjoy a blessed Thanksgiving!  I just hope I remember to take the turkey out the freezer far enough ahead of time to thaw out.... and remove the gizzards.  I have a reputation for forgetting to remove the gizzards.  This year we are going to deep fry one of our homegrown turkeys.  I'll let you know how it turns out - hopefully it fits in the turkey fryer!  I saved back one of our 22# birds...