It arrived!!  The boar semen, that is.  Our first shipment was due to arrive Tuesday.... but just before 11 a.m. that day I received a phone call saying that our package was stuck in a snowstorm in KY.  This was bad news.... the semen is supposed to be kept at 64 degrees.  Getting stuck in a snowstorm wasn't going to do anything to help keep that temperate.  The company we bought the semen from shipped out a new package to us, and both the new box and the snow-bound box arrived on Wednesday.  The one that was stuck in the snow storm was pretty cold inside, so the viability of that semen may have been compromised.  The new box was still warm inside, though, so all was well.   How many people get boxes like these? 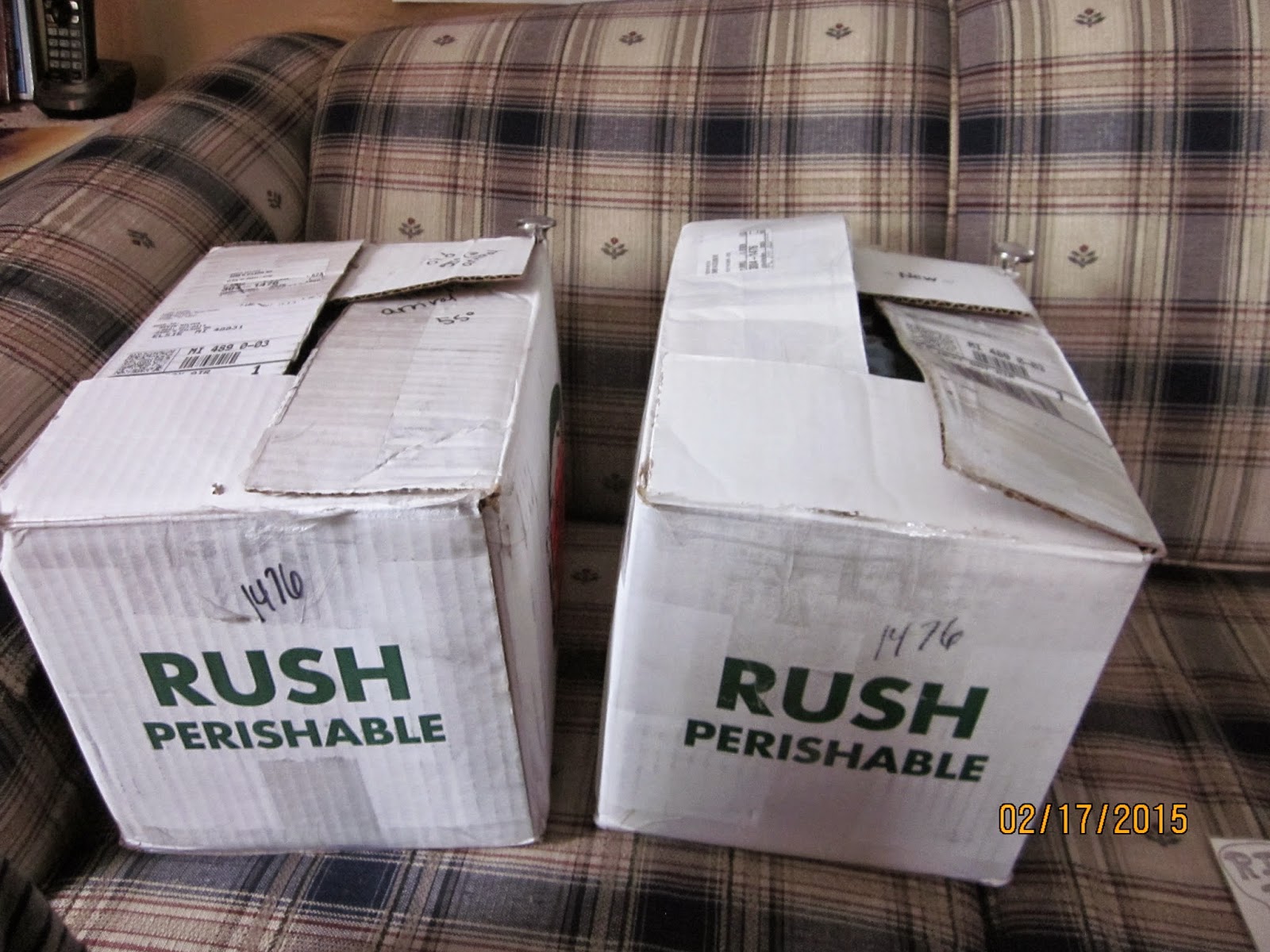 Everything worked out fine so far, even though our packages arrived a day later than expected.  One sow has now been artificially inseminated, and true to form, the other sow is late coming in heat (this is good since our packages were a little late).  Hopefully by the beginning of next week both sows will be done and expecting pigs in June.

Another package arrived today, one that had me waiting very impatiently - it was worse than waiting for Christmas as kid.  A few weeks ago I sent my flute in to the repair shop to get major work done - something that it has desperately needed for some time now.  Today it arrived home.  I watched the tracking number like a hawk, and was excited (and relieved!) when it arrived at my door.  Thank you, U.S. Postal Service for your good work!  I spent an hour this afternoon playing it, and it plays better than ever.  I couldn't be happier with it.

That's all for now - no more exciting arrivals to report - yet.  :)
Stay warm.