Well, the turkeys left on a Thursday night.  Before they left, I was able to get a couple videos of them talking. Initially, I was very reluctant to want to add turkeys to our farm.  But, as time went on, I really grew to love having the turkeys here. They made really neat sounds, and I loved it when they all would "gobble" at once.  Enjoy!

There seems to be some technical difficulty with the videos - I apologize and hope to have that remedied soon.
Video 1: 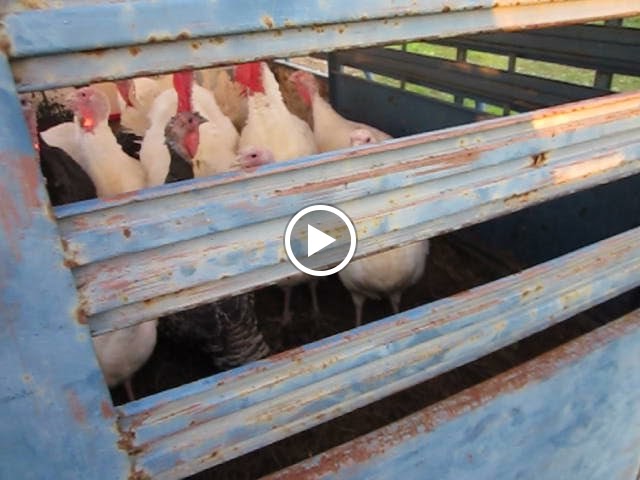 If you are faint of heart, and can't bear the thought of eating one of those turkeys, stop reading now.
Having never had the experience of partaking of a farm-fresh turkey, I decided to cook one right away. I might mention that I had never previously cooked a turkey in the oven either... someone else in the family has always done it for Thanksgiving.  I broke out Betty Crocker, perused allrecipes.com, and came up with a recipe.  I put the bird (a large one... about 17#) in my biggest roaster pan.  I stuffed it with an onion, celery, and some salt and pepper.  I added a little water to the pan, and then put it in the oven at 325.  Then I went outside.  Really, I did.  It was a beautiful day, and the outside beckoned. Never mind the housework! When I thought about it, I came inside and basted the turkey.  It took about 5 hours in the oven for it to be done.  It smelled delicious and tasted even better. 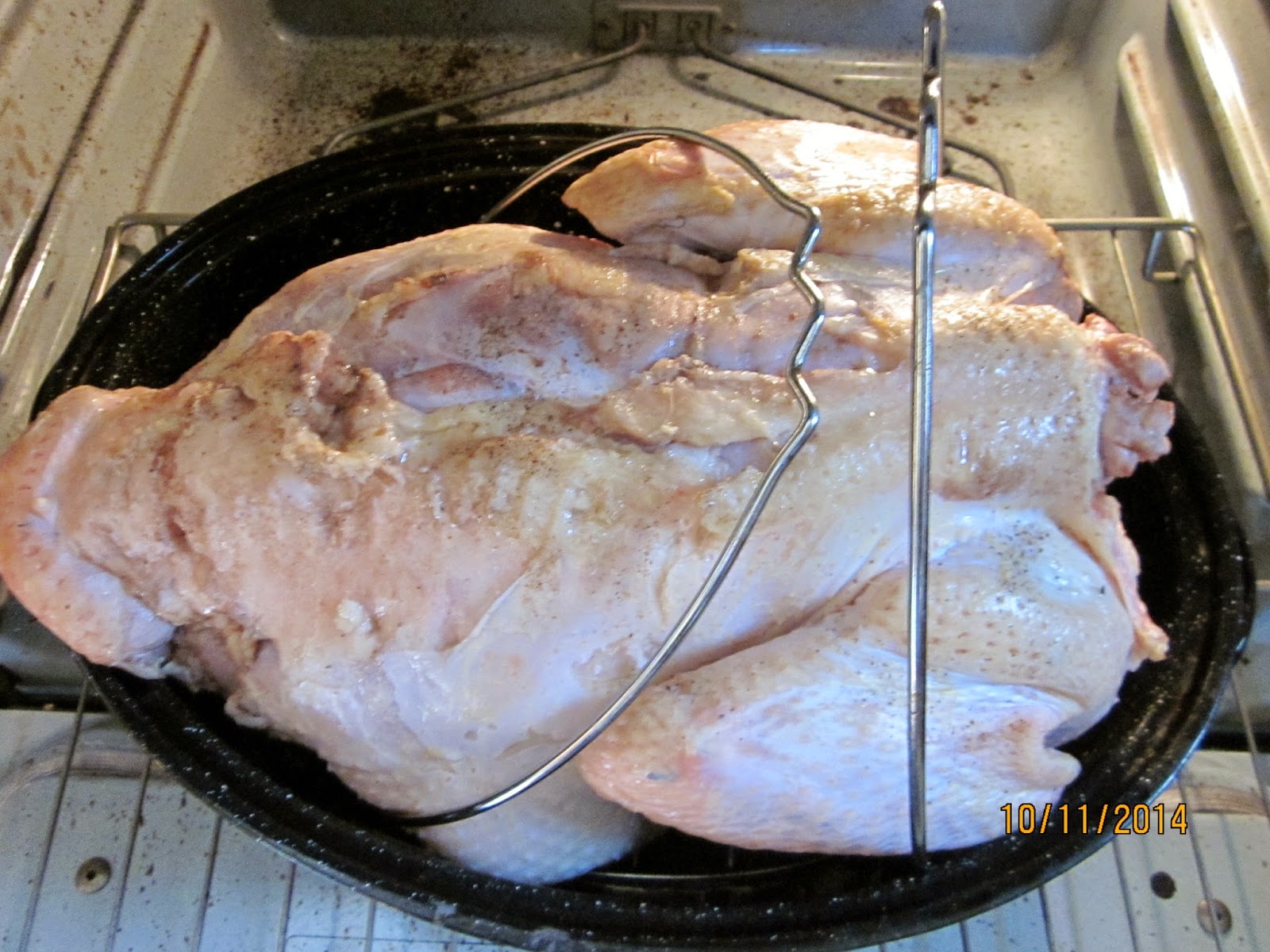 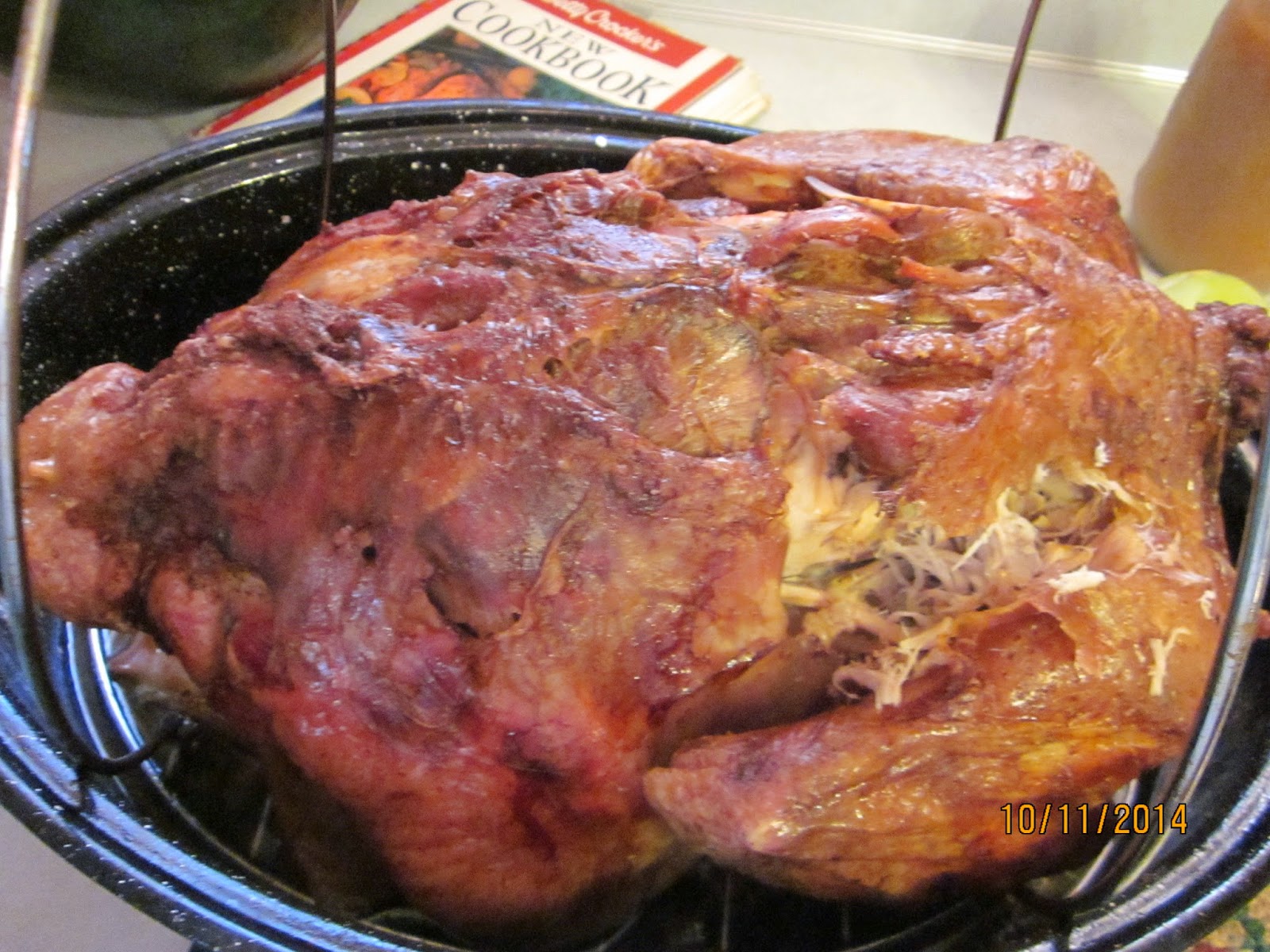 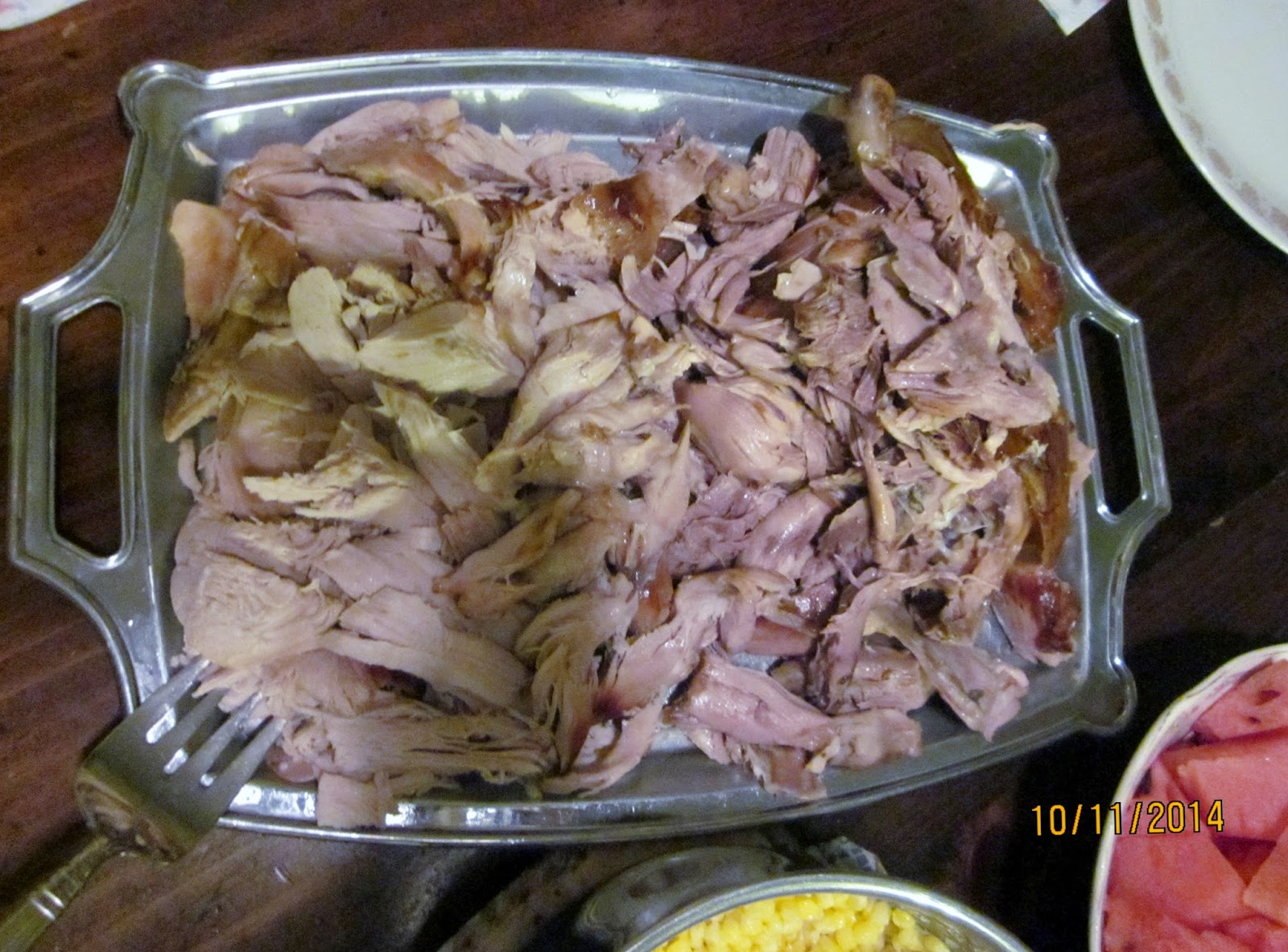 What was even better than a fresh turkey, were neighbors and friends to share it with.  You see, our wonderful neighbor harvested our small patch of black beans that afternoon.

So, we invited him and his wife (and granddaughter) down for turkey dinner. Mary (our neighbor) already had potatoes getting ready to boil for mashed potatoes, so she brought those down.  I had already cooked some squash and corn earlier (or the day before?), so we broke out those as well.  I had a watermelon I had just picked, so that was also set on the table.  Also sometime in this day another organic farmer friend stopped by and we invited her to stay for dinner.  She had to go take care of her animals, but came back with some of her yummy produce to share. Remember my "never mind the housework" comment above? I really have been neglectful of house cleaning during harvest season. This was another good lesson for me that it doesn't really matter if your house is all picked up or perfectly clean - in fact, I don't think anyone even noticed. What was noticed that we were all sitting around the table, enjoying the bounty of harvest and fellowshipping with one another. It was an impromptu early Thanksgiving dinner that was enjoyed by all.

Here is a picture of our black beans after harvest: The kids also harvested the popcorn, which is now drying by the woodstove.


Before I go, one quick story to share about the popcorn.  I will preface it by saying that much of what we do involves a learning curve.  Popcorn is no exception. We have never been successful growing popcorn, so actually getting a popcorn harvest was a first for us. Being the popcorn growing newbies that we are, we decided to throw an ear of the strawberry popcorn into the microwave to see if it would pop.  Guess what? An ear of popcorn that has some moisture in it will not only not pop, but it will also create smoke. Enough smoke to fill the house and then some. Odor. Much odor. A burnt smelling odor that sticks to you. I went to choir rehearsal that evening smelling like wet burnt popcorn. Lesson learned. Hopefully I will have a more successful popcorn story to share once the kernels have dried.